The Department of Industrial and Manufacturing Systems Engineering (IMSE), the Faculty of Engineering and the Common Core Curriculum Office, have set up a unique digital cultural space called the VR Salon at the Global Lounge at Fong Shu Chuen Amenities Centre, the University of Hong Kong (HKU). Inside the VR Salon, a state of the art Virtual Reality (VR) system, imseDOME has been installed and an opening launch was held on April 19, 2018. The VR Salon will be opened from now till December this year, showcasing VR films and students’ creative work from the Common Core courses.

This project is an outcome of cross-departmental collaboration. It is strongly supported by two HKU Vice Presidents, Professor Ian Holliday (Teaching and Learning) and Professor John Kao (Global). Dr Henry Lau Ying-kei of IMSE, Director of Common Core Curriculum Professor Gray Kochhar-Lindgren and Associate Director of Common Core Curriculum Dr Nicol Pan Fu-chun have collaborated to bring this VR Salon from the laboratory to the forefront of university research, teaching and learning. It is believed that every interested member of the university community should be able to experience, experiment and innovate with the VR technology.

The imseDOME, is currently the most mobile and affordable VR system that can display high resolution 4K images. It is a 360°projection system of moving images. According to the project curator Dr Kal Ng Ka-lung, it is very much like a primordial experience where people circle a camp fire and listen to stories of the universe. Unlike other VR systems that require the viewers to wear 3D glasses or VR headsets, the imseDOME audience simply steps in to a place like the Sky Theatre in the Hong Kong Space Museum and will immediately be surrounded by the cinematics of 4K high-definition moving images, as well as captivating scenes of a VR films. The powerful viewing experience creates an immersive feeling which encourages interactions among audiences.

The VR Salon has invited Dr Kal Ng Ka-lung, a film maker and HKU lecturer, to curate a series of VR film programmes and to host seminars on mobile 360° filmmaking and YouTubing inside the imseDOME. One of Dr Ng’s launch programs is known as “The Fuller Experience: A Tribute to Buckminster Fuller”. Gina Wong from Experimenta, a non-profit independent film organization in Hong Kong, has also presented three new 360° films at the VR Salon. Finally, teachers and students of the University have already signed up to showcase their creative works in the imseDOME. 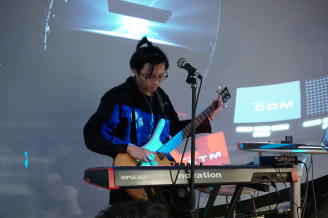 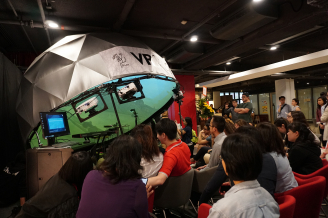 VR Salon, a unique digital cultural space, is set up at the Global Lounge at Fong Shu Chuen Amenities Centre. 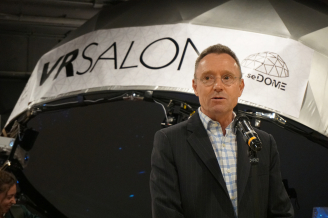 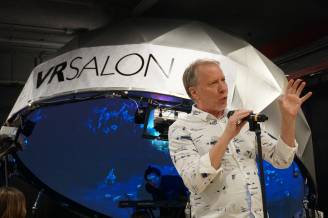 Professor Gray Kochhar-Lindgren, Director of Common Core Curriculum, highlights on the innovation and creativity that the VR invention brought to the forefront of university research. 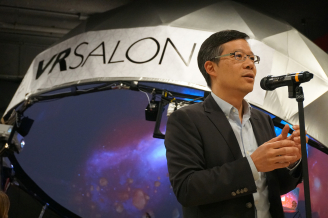